Adepticon is just over a month away! Now that my Planetfall Directorate are done, I’m turning my attention to the task of making sure that the models I need for my fleets that I’ll be using in the two events I’ve registered for are ready to go. That will involve painting the following models from scratch:

In addition to these new paints, I’ve got varying degrees of touch-ups and repairs to do on the rest of my BFG fleet, which was been “in the warp” for 6 years and 5 moves since the last time it hit the table! Specifically, my Retribution-class battleship is in a few pieces, I’m missing antennas on one of my cruisers, and there are several spots that just need general touch-ups either due to chipping or poor craftsmanship at the time of “launching” (I was VERY new to the hobby when I painted all of these ;)). I also need to re-base some of the tiny “attack craft” (fighter and bomber minis) for the tournament, as they are on non-regulation basses; they have to be on 20mm square bases instead of the 10x30mm bases they are on now. Here is a pic of what I’m working with: 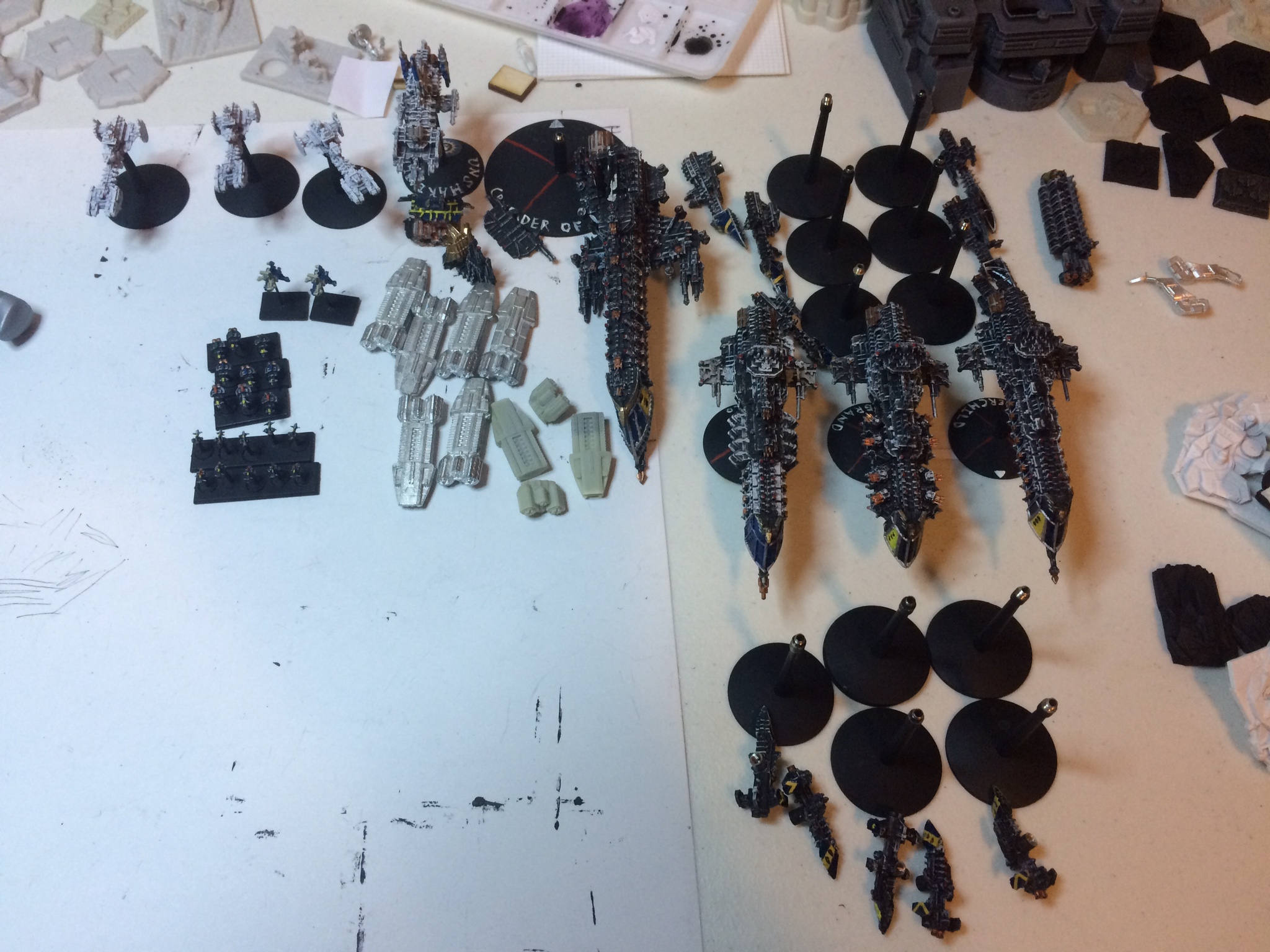 I have to admit, I’m both excited and a little trepidatious about painting more stuff for BFG. On one hand, the minis are still great, and it is a fun bit of nostalgia to be painting them again. On the other hand, looking closely at these early minis of mine makes me painfully aware of just how much my skills have grown over the years. I definitely would approach things differently if I were to paint this fleet from scratch today! That being said, I am not interested in trying to repaint these minis. For one, I don’t have the time to spend on that right now, with the con so close and so much else going on. For another, I almost feel duty-bound not to disturb the paintjobs on these things too much. For better or worse, these minis were painted by me as a new hobbyist to the best of the ability I possessed at the time. It somehow seems “wrong” to go back and mess with them now!